You need more than speed: and other IT Project Recruitment lessons from Lewis Hamilton 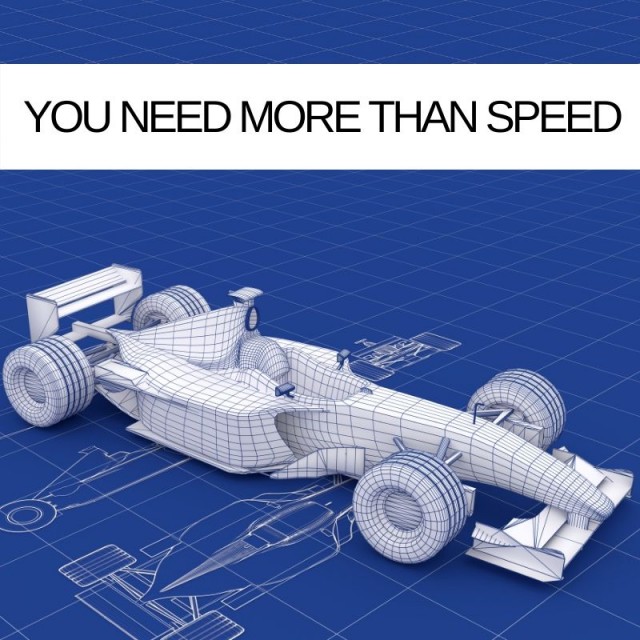 When Lewis Hamilton sealed his sixth Formula One world drivers' title with second place in the United States Grand Prix, something that one of the experts said struck a chord with me. I'm paraphrasing but this guy was suggesting that Hamilton's Mercedes wasn't as fast, technically, as the Ferraris and had it not been for penalties and human errors, the leader board could have been very different.

Interesting! BUT it IS Lewis Hamilton who is now the second most successful Formula 1 driver of all time, one championship behind Michael Schumacher suggesting that speed is not all you need.

This chimed with me this week. A prospective client was weighing up whether to use Access Talent to recruit for specialist IT Project talent or stick with their current general recruitment partner. Speed was one of the criteria upon which we both would be judged.

Fair enough. Hiring organisations want to hire as fast as possible! Especially in IT Project Management, vacant positions cost money and delay delivery. I have known organisations where making a hire can take several months putting enormous pressure on those delivering strategic projects and frustrating recruiting and hiring teams.

In the case of this prospective client, the general recruiter was promising that they'd have a bunch of CVs with the hiring manager in an admittedly impressive timescale. They would be at least as fast as us. BUT wait. Think about what that F1 pundit was saying. Lewis Hamilton's Mercedes is, on paper, no faster than one of the Ferraris so it was his driving skills, strategy, mental strength and physical resilience that got him his sixth F1 title! Maybe IT Project hirers also need more than just speed?

Clearly, this is true! The general recruiter will give their recommended candidates to the client in the same time frame as us, so, there must be more to our service offer than simply speed.

Of course, there IS. We'll have got to know the hiring business and its culture, we'll have peer profiled candidates, we'll have used subject matter experts to ensure the hiring process is totally focussed, we'll have checked our research about the hiring organisation against our database of pre-interviewed talent to look for perfect matches, we'd know best-fit talent approaching the end of their current contract or looking for the next project, we'll have filtered the candidates until we only presented the client with best-fit applicants.

In this same timescale, the general recruiter says that they will have placed an ad, matched keywords in CVs against a job spec and then forwarded a handful of candidates hoping that something sticks.

BUT it is what you do in that time that REALLY matters. Hamilton could race out of the starting grid at a zillion miles an hour but if he misjudges the first bend it would all have been in vain!

So, lesson one – you need more than speed!

Other IT Project Recruitment Lessons We Can Learn From Lewis

Most hiring companies use recruitment data and metrics to improve their recruiting process and make better, more informed decisions. Collecting, processing and interpreting data is where many come unstuck! Spreadsheets are a great way to track hiring data, but you have to put in the manual effort to maintain them and they are prone to human error, both at the input stage and when it comes to interpretation. A fab Project Manager friend says, “Any pool of data is only as good as the person holding the hosepipe!

Have you seen the mountains of data that Lewis Hamilton’s Mercedes team were processing? Both in between races with the luxury of time and in real-time during the race! Analysing the relative speed of the car against opponents, machine and engine performance, failure or damage, weather conditions, etc. A Grand Prix is more than just a Sunday race, it’s a three-day event. During the two days of qualification, stacks of data can be harvested. On the Friday, the car is loaded with something like 300 sensors so the team can see what’s working well and what’s not.

It is said that data analysts can predict the outcome of a race before the cars even line up on the grid! Great data can do this for IT Project hiring!

Make sure that your IT Project recruitment process is as data driven. Use a specialist partner with a database of pre-interviewed talent and choose a recruiter who uses data from peer profiling to find the right candidate.

If you’re doing the hiring yourself our top tip would be that you should be mindful of which metrics you’re paying attention to – you don’t have to track every recruiting metric known to man! Decide on the metrics that make sense to your company and the role you have to fill; I’ve seen many data-driven hirers get led down the wrong data path and end up making a bad hire! Of course, our top, TOP tip would be to hire a specialist IT Project recruiter to take the data hassle away from you altogether!

3) Have a strong employer brand

One of the pundits discussing Lewis Hamilton made the point about how his personal brand had evolved over the years. When he won his first F1 title he was something of a jet-set party animal, friends with the Kardashians, he bought a private jet and a luxury yacht! Headlines these days are more likely to be about his plans to be carbon neutral and the party-boy tag seems to have been left behind. His physio Angela Cullen defended his lifestyle last year, “He is not a party boy. If he has a three-week recovery between races he might have a drink to celebrate a race win, but if there is a race meeting the next week, he won’t drink at all." Lewis’ personal brand is more broadly appealing these days.

A good employer brand helps you attract better, more engaged candidates. Firms that invest in employer branding are more likely to make a quality hire. To create a great employer brand; create a positive candidate experience, shout from the rooftops about your culture on social media and encourage your current staff to evangelise about what a great place to work your firm is. A good candidate experience will deliver positive employer branding, and it also tells a candidate a lot about you! When your candidates are evaluating your offer, how well they feel that they have been treated during recruitment drives their perception of how they think you’ll treat them after hiring.

So, there we go, you need more than speed, use data well and work that employer brand. Just three IT Project Recruitment lessons we can learn from Lewis Hamilton.

Get yourself in pole position when it comes to attracting the best IT project talent, call Access Talent for help improving your ‘grid position’.

Tags:
client Blog- Recruitment Strategy
How long is too long to stay in the same role?
Sunny thoughts for dark winter mornings