How Secret Santa can help with your next IT project hire 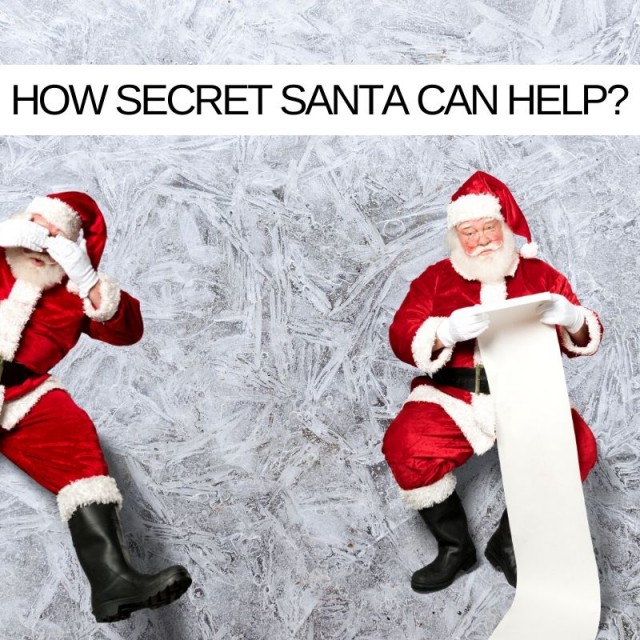 By now, you probably have a Secret Santa name pulled from a hat full of colleagues' names and you are trying to think of what they'd like (or at least what they'd like that fits into that £10 spending limit). BUT, The greatest gift that Secret Santa can give is to help you make your next great IT Project hire ... who knew?!

Sonia is the Director of People for her firm and last year she pulled the name of one of the company's IT Project Managers out of the Secret Santa hat. She'd been part of the team that had recruited him, personally writing the ad and the job spec, she'd been part of the interview panel that hired him but, as she pondered what gift to buy, she realised that she didn't know him ... at all. Not even in the slightest ... not even enough to buy him a £10 novelty gift.

Sonia thought about the other members of the IT Project team, what if she'd have plucked one of the other names from the hat, instead of this guy she clearly didn't know. As she cast an eye around the office, it dawned on Sonia that it wouldn't have mattered whose name had been drawn, she'd still have had this issue.

She knew her colleagues as co-workers really well, Sonia could write an appraisal for each, she could identify their strengths and weaknesses, she could (and did) compile realistic annual objectives that stretched them. Yes, she knew them all as co-workers, as employees, but as people … they were almost complete strangers. Suddenly, she felt that as “Director of People” she was lacking.

There is a bigger problem here than whether a colleague would enjoy Baileys, Gin or a box of chocolates though. The thing is, if you don’t know what makes your team tick, who they are as people and how and why they fit your culture – how do you add talent to the team that will complement and advance it? Sonia’s firm had got lucky so far but, with a new hiring process due to start after Christmas, how did she make sure that her luck didn’t run out.

It only took Sonia the best part of the following week to get to know the people in her teams. She hung around the kettle, invited colleagues in for “a mince pie and a natter” and helped each department put up their office Christmas decorations and from every interaction something was learned. She started to understand why each team worked the way it did, how each fitted into the brand vision and company mission statement. Within a week, this Director of People got to know her people, who they were beyond their job title and what each would LOVE to find in their Secret Santa present. Even the guy whose name she’d pulled out who’d been an enigma to her days before was an open book to her now … huge Dr Who fan! Tom Baker scarf from eBay! Sorted!!

As she had spent a week retro-profiling all of her teams, Sonia was able to apply her newly acquired knowledge and richly visualise who the next hire in the new year would be. What character traits would they need to fit right into the team (both to complement the current team members and to fill any gaps), what kind of person would match the values and culture of the wider business and those of this IT Project team. It sounds silly, but she even envisaged what the new hire would want as a Secret Santa gift, bought one and placed it in the office where the interviewing would take place.

To cut a long story short, in the New Year a new hire was made and almost a year later she has fitted in like a dream. Also, because she was one of three who walked into the interview room and noticed and commented upon the ‘Secret Santa’ gift, it is currently wrapped and sitting under the tree with her name on it ready to be opened on the last working day before Christmas.

The gift from Secret Santa here is the power of profiling.

Peer profiling is increasingly an integral part of the selection and interviewing process at Access Talent. Peer profiling allows us to get a really clear picture of how well a potential candidate would perform in a new role and helps us to determine a best fit for our clients.

In the same way that Sonia approached her recruitment process with a clear vision of what a great fit would look like, at Access Talent we use people who have performed in a specific role to interview for it. So, a prospective infrastructure project manager will be profiled or interviewed by an infrastructure project manager, a business analyst by a business analyst, etc.

Talent that has performed in the role that you are looking to fill instinctively has a shopping list of the requirements needed. Then, because at Access Talent we REALLY get to know you, your business’ culture and your individual needs from the role, that shopping list can be tailored exactly for you.

Peer profiling this way allows the interview questions to be adapted, rather than a set of standard questions which usually lead to a set of standard candidates. This allows higher calibre individuals in the project management and business analysis sector to rise to the top and be identified. It also gives you a great opportunity to observe candidates personal and softer skills – the ones that actually create a team.

Furthermore, when they feel like they are talking to one of their own, candidates can ask questions and express concerns that they may hesitate to voice in a more formal one-to-one interview! You can find out more about peer profiling and download a pdf at https://www.accesstalent.co.uk/peer-profiling-information.  A little Secret Santa gift from us to you.

In the New Year we’d love to help you profile your way to YOUR next great hire.

Before I finish, are you wondering what that Secret Santa present is that’s waiting under the IT Project team’s tree at Sonia’s firm? I LOVE this!!!!

As part of the profiling process, Sonia identified the new hire as being sophisticated, classy and enjoying the finer things in life, so a cut glass decanter (from a local second hand/antiques store) replaced the usual jug of water in the boardroom. The eventual successful candidate noticed it straight away, referred to it several times and even joked that, although it was lovely in the boardroom, it would look EVEN better in her home study filled with Château Poujeaux.

And Sonia knew she had found her next PM! All thanks to Secret Santa.

Have a great Christmas!